In most fields of engineering, working to micrometre accuracy is considered to be the standard, with typical high-quality bearings having tolerances within hundreds or even tens of microns. But pioneers working in nanopositioning are now operating at tens of picometres – a million times smaller. For comparison, an atom is around one to five-hundred picometres in diameter, and a human hair is 100,000,000 picometres across.

What is a nanopositioner? First, it’s based on a motor that can move nanometers at a time. A reverse piezoelectric effect is used to create a motion in a piezo stack, with many layers of a piezoelectric material laminated with electrodes. By varying the voltage that’s applied to this stack, small movements can be achieved. The key to the highest levels of nanopositioner accuracy is the control of this voltage and to get the best control, a closed loop system is required using a positioning sensor. This overcomes the piezo’s natural non-linearity, hysteresis and position drift. Strain gauges offer a low-cost solution that’s adequate where very high accuracy isn’t required. But for the highest accuracy, optical or capacitive sensors are used to measure the position.

The most accurate systems typically use capacitive devices to sense the position of the nanopositioner. The sensors can also be used separately for monitoring distance and vibration on mechanical systems. When mounted parallel to each other, these can measure ranges from 20μm with a linearity of up to 0.01% before electronic compensation. Capacitive sensors have the advantage of being non-contact and there are variants suitable for precision measurement in UVAC, radiation environments and cryogenic temperatures.

Systems like these have been used in many applications and environments including semiconductor lithography, beamlines and outer space. For example, the Dextre International Space Station Robot employs capacitive sensors to monitor stresses.

A common question is: ‘What is the difference between a stage and an actuator?’ There’s no definite industry standard, but a stage is always flexure guided to provide good directional stability and gives some mechanical resistance to roll, pitch and yaw.

An actuator gives control along its axis, but should only normally be used so that side loads are minimised and domed ends are often used to help minimise non-axial loading. A typical piezo stack will only produce around one micron a millimetre in length.

When ranges in the hundreds of microns are required, mechanical amplification of the motion is usually applied. The key to good stage and actuator positioning resolution is minimising friction, which causes the ‘stick slip’ phenomena that prevent positioning to the nanometre. For this reason, flexures are used instead of slide ways and bearings. Stages and actuators are controlled by precision electronics, which have a number of interfaces to allow easy integration.

Environmental changes can have significant effects on the nanopositioner performance. Where practical, it is best to keep environmental conditions including temperature and relative humidity controlled. The use of low thermal expansion Super Invar in the stage construction helps to improve position stability over standard aluminium or stainless steel. When a nanopositioner is used for rapid scanning, drift is usually less of an issue as it doesn’t have time to drift significantly between relative positions. A high stage resonant frequency allows high speed stability, making step times smaller than a millisecond possible.

As nanotechnology applications increase the need for accurate control of dimensions of objects and accurate positioning at the nanoscale increases. Nanometrology has a crucial role in producing devices with a high degree of accuracy and reliability in high technology fields such semiconductor test and measurement, optical alignment, nanoimprinting, scanning microscopy and microlithography.

Ten years ago we wouldn’t have predicted reaching the nanoscales we use today. How far we can go? 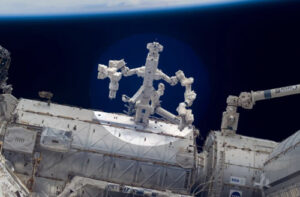 Prior Scientific are pleased to announce the release...read more

Prior Scientific Instruments are global leaders in delivering high...read more